Here are five digital media news stories ripped from the headlines. I’m most interested in Amazon’s entry into the Internet of Things, one of my tech obsessions and Periscope’s new On Air Button. I’ll be using Periscope to do a live broadcast of my “Social Media For Nonprofits” talk at The Daily Good Conference and to broadcast the breakaway sessions. I’ll report back on my user experience with the web page interface after the conference. In the meantime, here are my picks for the top five digital media news stories making headlines.

“Snapchat is laying off members of a team assigned to a channel on its Discover platform devoted to original programming, dubbed Snap Channel.

The closure has prompted the exit of Marcus Wiley, a former executive with broadcast network Fox who was brought on to figure out how Snapchat would build up its programming lineup. Since his hire in May, Wiley led a group of 15 that has been disbanded, with some being pink-slipped and others being reassigned elsewhere in the company.

Until its removal from Discover a few weeks ago, Snap was the home of short-form content produced internally at Snapchat since launching in January. The channel was once home to ‘Literally Can’t Even,’ a split-screen comedy series starring and written by Sasha Spielberg, daughter of Steven Spielberg, and Emily Goldwyn, daughter of John Goldwyn”

TNW: Periscope now has an embeddable ‘On Air’ button for broadcasts

“Periscope now has an On Air button for websites that tell everyone when a broadcast is live.

It’s a useful little tweak that anyone can use. All you have to do is enter your Periscope username (typically your Twitter handle without the ‘@‘) into Periscope’s button generator, and it creates a code so you can embed a button into a webpage. Your username takes the place of the ‘broadcaster’ text, seen below.

“The company is taking a different approach to video ads. More precisely: Twitter is adopting YouTube’s video advertising approach. What that means is that publishers and video makers can upload their video to Twitter, and Twitter will attach short ‘pre-roll’ ads in front of those clips and split the ad revenue with the video owners. Which is how YouTube, the world’s biggest video site, does it, too.”

TechCrunch: Amazon Launches AWS IoT — A Platform For Building, Managing And Analyzing The Internet Of Things

“Make way for another big player entering the Internet of Things space. Amazon today is announcing its long-awaited IoT platform for AWS at its re:Invent developer conference in Las Vegas. As Amazon describes it, it is a managed cloud platform ‘that lets connected devices easily and securely interact with cloud applications and other devices.’ The platform, which is launching in beta, will be able to support billions of devices and trillions of messages, ‘and can process and route those messages to AWS endpoints and to other devices reliably and securely.’ AWS IoT will integrate with Lambda, Amazon Kinesis, Amazon S3, Amazon Machine Learning, and Amazon DynamoDB to build IoT applications, manage infrastructure and analyze data.”

“Early next year, the company plans to introduce Reuters.TV, an ad-supported digital service that allows subscribers to receive personalized video content created solely for the platform. Reuters.TV will cost a monthly fee, but the company declined to say how much it will be. The service will initially be available on iPhones and iPads.”

A Crowdfunding Pitch Needs To Include:

Once all the elements for the pitch are addressed, then you much decide one of the most important details, which crowdfunding site to use.

Crowdfunding Sites– There are several crowdfunding sites. Each has their own pros and cons. Research the ones that will best suit your campaign and don’t be shy about asking others what has worked for them. No need to reinvent the wheel.

You can’t afford not to do video. Seriously. You can’t.

“In a world where earning attention is harder and harder, and customer acquisition is getting more and more expensive, video is one of, if not the best, way of earning those eyeballs. By 2017, video will account for 69 percent of all consumer Internet traffic, according to Cisco.

In comparison with text content, video quickly delivers information to our brains in a way that makes it easy for them to digest. Using video results in better conversion rates for businesses and provides a better, more human relationship with their customers, that increases brand awareness, loyalty, and fuels sales.”

Read the full article on Why You Can’t Afford Not to Do Video from Entrepreneur.com. Then when you are ready let me and my team help you with your video marketing needs! 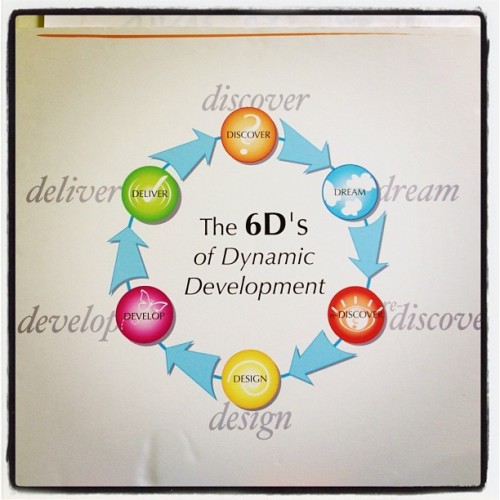 I recently spoke at the MEAC (Mid-Eastern Athletic Conference) 2009 Professional Development Workshop to senior woman administrators, athletics, coaches, and Athletic Directors on the benefits of Social Media and the new age marketing techniques. Our agenda:

“THE FIERCE URGENCY OF NOW:  Are You Multimedia Ready? – Building Your Brand For the 21st Century”.  With technology advancing at lightning speeds, developing and marketing your own personal brand is more important than ever to maintain and thrive in today’s fast paced environment. From networking both on-line and off-line, to community platforms and professional organizations, to presentation and writing skills, today’s professional must multi-itask more than ever to create positive and lasting exposure for themselves as well as their organizations. With access to information available 24/7, building your own brand now moves past the walls of your traditional job. It also includes defining and presenting yourselves within your community as well as on the career front.

Let me know how I can help your business build it’s brand and forge ahead in the 21st Century!

Busy professionals love the digital space.  So it stands to reason that on-line Universities offering advanced degrees are becoming increasingly popular.  Walden University is one such on-line university offering accredited on-line masters and doctoral degrees in everything from education, psychology, and health and human services to master’s programs in engineering and IT.  Adding even more prestige to Walden University is the fact that it is under the umbrella of Laureate International Universities, a leading global network of accredited campus-based and on-line universities.

But even with this impressive on-line menu and the strong global backing, Walden University, like many companies, is still learning how to navigate their way through the New Media space.  Last week, my client, Alumni Relations Manager, Shannon Mouton, and I presented to various members of the Digital and Marketing teams on how to use the social networking site Twitter.  There were the usual questions such as “how do I join”, “do I have to use my real name” and “what will I say” to more thought provoking business specific questions such as “if someone sends us a message about the company who should answer them” and “do we have someone who can monitor our Twitter account full-time”?  These are the kinds of questions businesses need to consider before they launch into a digital campaign.  Here are a few things to consider:
1.    What are your goals in the New Media Space?
2.    Who is your target audience?
3.    What is your mission statement or online “voice”?
4.    What will your New Media campaign encompass?
5.    Who will be the administrator of your sites, social networks and blogs?
Businesses recognize the need to be in the Social Media Space and the benefits of both instant and viral marketing.  The way we do business is changing.  Are you ready?