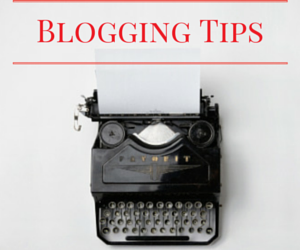 If you are like me, writing may not be your first love. I am a storyteller, but I’m much more comfortable with the spoken word than the written. Like me, you may have a lot to say but organizing your thoughts and putting pen to paper, or fingers to keyboards may not come naturally. You may be worried that no one will be interested in your point of view. I’m here to tell you, nothing could be further from the truth. We all have a voice and a story to tell. It’s not always easy to make time to blog, but the effort pays by growing your online community, setting yourself up as an expert in your field and sharing your vision and brand in a way that is engaging, entertaining, and can take clients or customers from prospects to actual business revenue generators.

Here are five tips that will take the fear and anxiety out of blogging to get you on your way to telling your story and sharing your point of view.

Once the twenty-one-day challenge ended, I was both relieved and saddened. The pressure was off to not have to write every day. But, I soon missed my morning blogging ritual. Currently, I have committed myself to blogging at least once a week or twice when I have time. It’s a lot easier than it sounds.

Need help getting started with your blog? I can help you develop a strategic content management strategy that will be the most effective way to use your blog to generate leads that turn into revenue. Together we can start telling your story in a way that will elevate your brand and generate revenue. Fill out the contact form below and let’s get started. 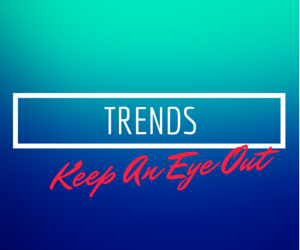 ITWorld: How Facebook, LinkedIn, Twitter and Google compare on user privacy – Nearly three-quarters of people with access to the Internet use social networking sites, a number that has skyrocketed since early 2005, according to the Pew Research Center. As social networks continue to permeate our everyday lives, so do the privacy and security risks associated with our accounts. Here’s a look at how Facebook, Twitter, LinkedIn and Google+ stack up on user privacy and security settings, plus instructions for finding and updating these options to maintain control over your account. [ED NOTE: If you haven’t done a Facebook Privacy Checkup, click here to get started TODAY!]

Re/code: Periscope Added a Million Users in Its First 10 Days – Buried amidst the chaos that was Twitter earnings this afternoon was a small nugget on the popularity of the company’s new live streaming app, Periscope. CEO Dick Costolo said on the earnings call that Periscope added a million new users in the app’s first 10 days on the market. It’s a relatively impressive number considering competitor Meerkat was at 120,000 users three weeks after it launched. (Periscope, of course, benefitted from the buzz Meerkat generated and also the fact that it had a well-known owner to help push the news.) It’s unclear if Periscope was able to sustain that growth — when pressed for more metrics on the app and its user base, Costolo declined to share anything. Periscope launched in late March after Twitter acquired it back in January. The app is still not yet available to Android users.

NewsCred: How Brands Marketers Can Grow Their YouTube Audience – In the brand space, the leaders are Disney and Samsung, which have nearly three billion and one billion views on their channels, respectively. Not surprisingly, one of the top B2B channels is Google Analytics; it has over 11 million views and 113,000 subscribers. Once you hit your stride like these creators and channels, you can foster brand loyalty, close leads, and provide content to the people who matter the most to your company: your customers. NewsCred spoke with two huge YouTube channels, Rooster Teeth and WatchMojo, about what they did to achieve a high subscriber count, billions of views, and a dedicated audience.

MarketingProfs: Bye-Bye to These 10 Web Design Trends – When technology is ever evolving, change is the only constant. Take, for instance, the realm of Web design. Design trends come and go. Some may only breeze by while others last longer. Either way, design trends come into being and fade because of changes in technology and user demands and expectations. As long as human beings desire improvement and expect more, design trends will continually evolve. And we need to learn to adapt accordingly. Often, that means saying goodbye to design trends that are no longer working. So here are 10 Web design trends that are among the fading; you should ditch them if you want to keep with the competition and increasingly demanding audiences. [ED NOTE: Must read]

If I had to pick only three social media tools that I could use it would be Facebook, Twitter and Foursquare… in that order… at the moment. Now read how corporations are positioning their brand with the there social networking powerhouses.